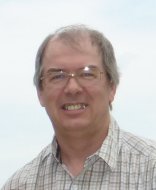 This page is still under construction (despite having been started a long time ago!) It will grow as I think of more things to put in it. Please feel free to email me with suggestions, as I am not the most imaginative person in the world! :-)

A bit about me: I live in Winchester (Hampshire, UK) with my wife Maggie. We have two grown-up children, Rachel and Philip, who are both married with children of their own. I grew up in Gosport, Hampshire, went to Elson Infant and Junior Schools from 1962 to 1968, Bay House School from 1968 to 1975 and then studied at Durham University (Collingwood College) from 1976 to 1979.

My main interests are:

Until recently, I worked as a contract Unix Sysadmin and/or Software Engineer through my own company, Software Insight Ltd. and most of my later work was the development of telephony systems, particularly conference bridges, based on Asterisk, for Miton Systems Ltd., of which I used to be joint owner, but from which I have now retired.

In 1999, I took an archival copy of Wesley Dick's resources and song files for Band-in-a-Box. They were published at the time on his website www.wesleydick.com. That website and domain are no longer active, as I discovered recently.

So I have put up Wesley's original collection of Zip files, for anyone who is interested in using them. I can't answer questions about them, as it is some time since I used Band-in-a-Box, although I hope to start doing so again.